You are warmly invited to Marcus Braybrooke's Book Launch 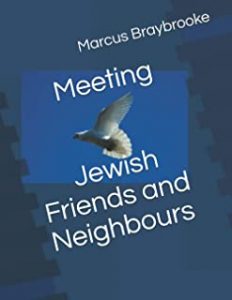 Please note, all participants are required to use their real names for this meeting and to have their video on at the beginning, please so that we can welcome you.

The book is self-published on Amazon 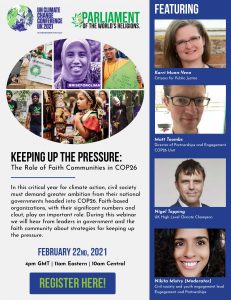 Keeping Up the Pressure:
The Role of Faith Communities in COP26

In this critical year for climate action, civil society
must demand greater ambition from their national
governments headed into COP26. Faith-based
organizations, with their significant numbers and
clout, play an important role. During this webinar
we will hear from leaders in government and the
faith community about strategies for keeping up
the pressure. 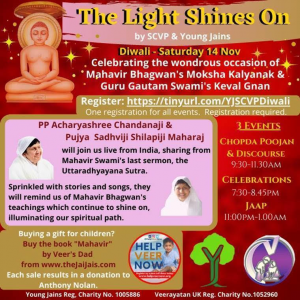 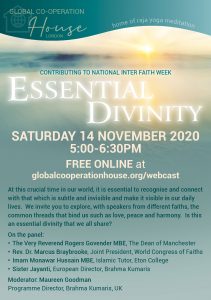 From the Westmorland Gazette:
A KENDAL woman has been highlighted for her community participation during the COVID-19 pandemic.
Faith Action invited Jacquetta Gomes to join their Buddhist and Women’s Interfaith Focus Groups during Covid-19. The main points raised in these meetings are sent to the Ministry for Housing, Communities and Local Government (MHCLG) to be fed into the government’s Places of Worship Task Force by Faith Action.
She also received an invitation to be a speaker in Faith Action’s Coffee House in September.
Faith Action Coffee House: Meeting outdoors and in community centres. She spoke about BGKT Buddhist Group of Kendal (Theravada)’s public open meetings at Castle Street Centre Kendal. 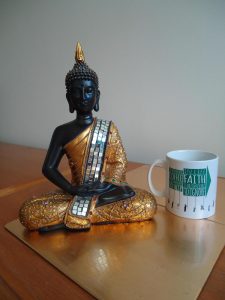 This month, Faith Action also donated a mug to Jacquetta to thank her for her contributions and participation. The mug states “In the morning coffee is too important to skip. In life faith is too important to ignore.
As secretary of the Buddhist Group of Kendal, she also represented minority faiths on the South Lakeland Hub Recovery Group after Storm Desmond in 2015.
The experience she gained in the group led to her being invited to join the Cumbria BSP Bereavement Support Partnership Group during the Covid-19 pandemic. She is the Lead for Interfaith and Multifaith for South Lakeland Equality and Diversity Partnership (SLEDP) and represented them on the Kendal ICC Integrated Care Community. 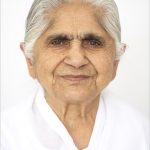 Out of respect for the departure early this morning of Dadi Janki, Spiritual Head of the Brahma Kumaris, for the next three days each evening from 7-8pm you are welcome to join us online for live meditations and sharings about the life of this great soul. It will be webcast on: CLICK HERE

Our webpage is now open for receiving condolences - please CLICK HERE Our sincere thanks to those who have already sent messages.

All usual online activities are cancelled during these three days.

With loving thoughts, we wish to inform you that our beloved
Dadi Janki, Spiritual Head of the Brahma Kumaris, passed on from this physical life, at 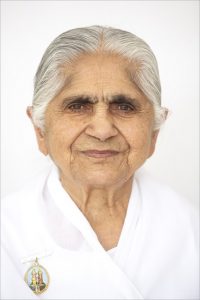 2am, India time on Friday 27th March. The soul has flown and is now in God's lap. It is a time to pay silent homage to this tireless spiritual server who has meant so much to so many.  We treasure the wealth of personal lessons in wisdom and courage she shared through her life.  Let us connect in the remembrance of the One to whom she dedicated her life.

The Award Ceremony was hosted by The Provost and Head Master at Eton College, Windsor, on 9th March 2020.

The Sternberg Interfaith Gold Medallion is awarded by the Trustees of the Sir Sigmund Sternberg Charitable Foundation to those who have 'endeavoured to make an exceptional contribution to the improvement of understanding between the faiths in the United Kingdom, and across the world'. Some of the previous recipients’ of the award include: Her Majesty Queen Elizabeth II, King Hassan II of Morocco, Pope John Paul II, Cardinal Basil Hume, President Mary Robinson of Ireland, Lord Yehudi Menuhin and Cardinal Edward Cassidy.

“I feel deeply moved and honoured, to have been awarded this most prestigious award. I accept this on behalf of my wonderful family, my friends and all those who have supported me in my work, to build deeper understanding between our diverse faiths and cultures, in the United Kingdom.

“At a time when populist and extremist narratives of hate, division and violence, are being propagated by extremists, it is more important than ever, that we continue to stand united in our common humanity, love, compassion, understanding and respect for one another.”

“This is a hugely well-deserved award to Monawar, recognising as it does his unique and extensive contributions to interfaith relations over so many years in such an attractive and effective way. We are indeed very lucky to have him.”

Join the World Congress of Faiths